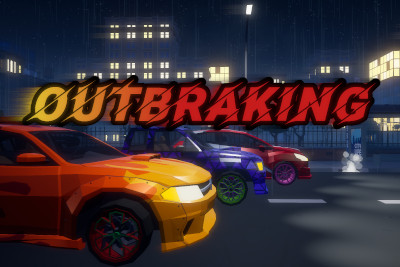 Outbraking, my next game, was shown during the Indie Live Expo Winter 2021.

Outbraking is a PvPvE Co-Op Racing Game, in which you and your team can take on different missions in a vivid city to earn money and views, becoming the most viewed Outbraker!

You can add the game to your Wishlist on Steam.

The Release is set in Q1 2022. I'll post weekly News until the release on the Discord Server.

Additionally, I'll organise playtests on the Discord Server, in which you can test the game before the release.

Also, Outbraking is the first of our games releasing on the Elixir platform.

Thank you and see you soon,
André